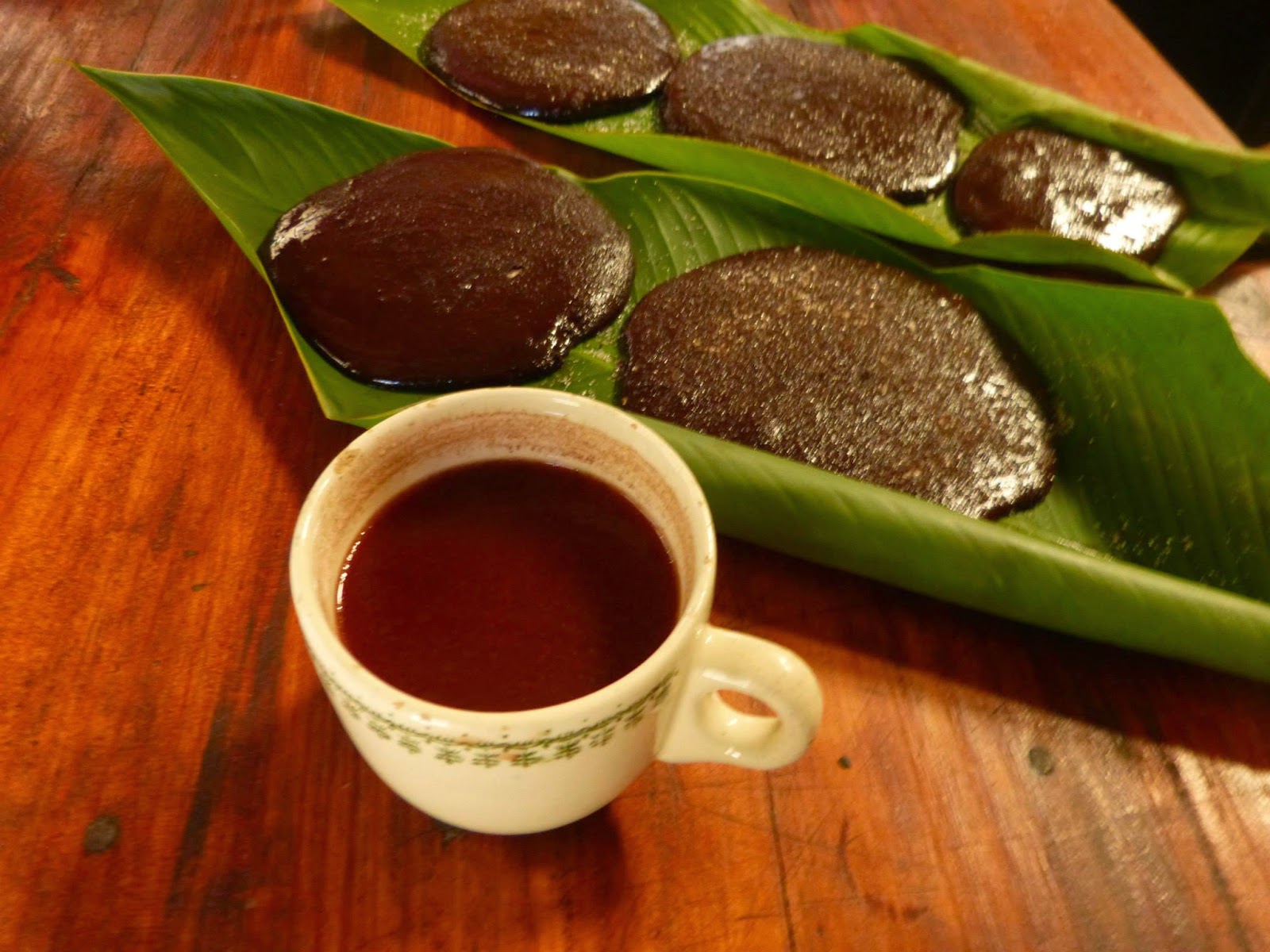 Following my last blogpost about the etymology of cacao I got some requests to also write about the etymology of the word Chocolate which like cacao also entered the English language through Spanish and Nahuatl. In this case everyone agrees that the word originates in Nahuatl, but nonetheless there is also a bit of controversy here. Specifically the question is how to analyze its original components and meaning. And as it turns out there is also controversy about the phonological form of the original word. So it gives me another chance to dispel a common misconception about a Nahuatl etymology, which is a chance I can not let go past.

All over the internet and in a lot of published works we will find the claim that the original Nahuatl word was "xocolatl" /xokola:tl/ and that it had the meaning "bitter water". For example here in the Online Etymological Dictionary:

"Chocolate: c.1600, from Nahuatl (Aztecan) xocolatl, possibly from xocolia "to make bitter" + atl "water." Brought to Spain by 1520, from thence to the rest of Europe. Originally a drink; as a paste or cake made of ground, roasted, sweetened cacao seeds, 1640s."


This etymology is repeated so widely that it is even the name of a relatively well known artisanal chocolate company, with a store on Manhattan's Fifth avenue and a large sign that says XOCOLATL.

Well, maybe after they read this blogpost they will want to change that sign, because that is probably not actually what the Aztecs called the chocolate beverage that they liked to drink.

There are a number of problems with the "xocolatl" etymology:


So basically xocolatl is a very weakly supported etymology and it is difficult to know exactly where it comes from. It seems that its popularity may have originated with Frances Karttunen's Analytical Dictionary, although she only suggests it tentatively as a possibility when under the entry chocolātl she writes:

"Possibly the initial element is related to M[olina]'s xocolia "to make something bitter or sour"and to xococ "something sour". The substitution of CH for X is not uncommon."


So basically it seems that Karttunen suggested it as a tentative possibility and it was taken up by others as if it were a fact. As noted above I am skeptical of the xocolia connection. I also don't think substitution of /ch/ for /x/ is that common, I certainly can't think of any and neither can Dakin and Wichmann when they write of an earlier publication of the same argument by Robel 1904 which they don't include in their bibliography and I haven't been able to track down. They write: "Underlying this suggestion is the argument that the original drink was not sweet. Even so, this etymology is unlikely since /č/ does not change to /š/ in any other term in Nahuatl." (Dakin & Wichmann 2000:61).

So probably it makes sense to look around for a different etymology.

It just so happens that in their article on the word cacao Dakin and Wichmann (2000) also gave a treatment of the etymology of chocolate. They argue against the xocolatl etymology and state that more likely the original form of the word is chikolatl with an /i/. This they base on the fact that


But what does Kaufman and Justeson (2007) have to say then?

Given how critical they were of Dakin and Wichmann's article we might expect them to have rejected this proposal as well. But, no. They actually agree that the original form was chikolatl, all though they are unconvinced by the chihkol stick etymology, and contest some of the supposed supporting evidence for diffusion into other languages, and particularly the idea that it is an ancient word diffused into other Mesoamerican languages at an early time.

Kaufman and Justeson actually makes a good argument in favor of seeing /chikolatl/ as the most likely original form. This is because in Nahuatl the sound /ch/ tends to come from a palatalization of /ts/ or /t/ before /i/. So in all cases where we have a /ch/ in Nahuatl, we expect it to have been originally preceding the vowel /i/, even when that vowel is no longer there because it has turned into some other vowel.


The conclusion: We don't know what it meant, but it wasn't "bitter water".

Nonetheless Kaufman, Justeson, Wichmann and Dakin - some of the brightest minds in Mesoamerican historical linguistics actually agree that the word does not come from xocolatl. And these people are not in the habit of agreeing on anything, so let's not cause further problems by second-guessing them here.

The word chocolate comes from the Nahuatl word /chikola:tl/ which meant "chocolate beverage".

Paraphrasing Martin Luther, that is what we know, and everything beyond that is speculative etymology and belongs to the devil in hell.